The supporting role category has always intrigued me as a critic. You find that the lead actors of films are often good. The part is essentially handed to them. Gary Oldman makes an amazing Churchill, but is that down to the writer and director focusing all of their efforts into getting him into that conversation piece? It is the supporting actors and actresses who, it could be argued, do the harder work. Matthew McConaughey totally overpowering a single scene of Wolf of Wall Street. Heath Ledger’s Joker. Seth Rogen getting serious for a change in Steve Jobs. Those are the actors you often walk away talking about. But who were those actors in 2017? 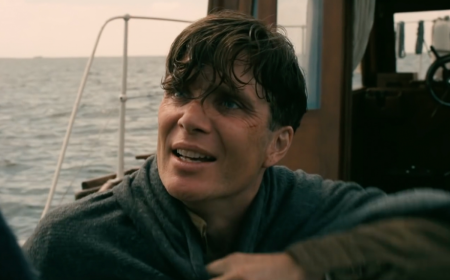 Dunkirk won’t go down as one of the films that boasted the best performances. It was more of a cinematic achievement, the praise going on Nolan’s pace, cinematography and score. It was almost more impressive that Nolan sucked the acting out of it and still came away with a strong piece. You get the impression that a naff actor would never slow the director down. But perhaps that is why Cillian Murphy got a place on this list for his single survivor of an evacuating boat leaving Dunkirk. It stuck with me as the one moment of the film, where I sat back and marvelled at a performance. It helps that Murphy and Nolan are in synch with each other now, teaming up for the majority of Nolan’s films. But that doesn’t quite do Murphy justice as he magnificently brings to life a shell-shocked, terrified soldier, whose character arc is one of the strongest beats in the entire movie. 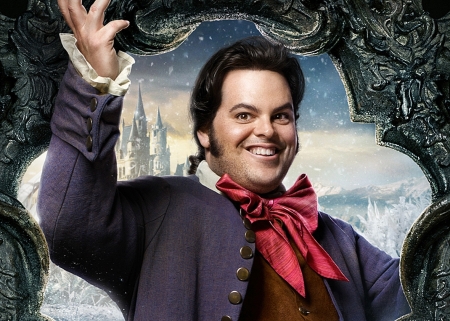 Josh Gad’s addition to this list is sort of an all-round effort. Gad came out of nowhere, didn’t he? One performance as a singing snowman in Frozen and he seemed to leap to the top of the cinematic pile. He has had a very good year, providing strong support in Murder on the Orient Express and taking the lead in A Dog’s Purpose. Gad has been a consistent source of cinematic entertainment throughout the whole of 2017. But if I had to give a single role this award, it would have to be a truly outstanding turn as LeFou in Beauty and the Beast.

It is sort of the naffest role on paper. The long-suffering sidekick of Gaston, whose role in the story essentially amounts to following around the more impressive bad guy bolstering his ego whenever it begins to droop. But Gad took the role and totally went with it. And I am not just talking about the song which must take Musical Number of the Year, Gaston (sorry, The Greatest Showman!). I am unsure who came up with the homosexual undertones that brought a tragic comedy to LeFou’s persona, but Gad is definitely responsible for giving it such energy and meaning. Even when cracking jokes the character was being constantly developed. Gad is the black sheep of the movie, becoming everyone’s secret favourite character.

3 – STEVE ZAHN – WAR FOR THE PLANET OF THE APES

Zahn was knocked off this list a few times, mainly because the fact it was motion capture almost makes Zahn’s Bad Ape coast under the radar. However, the fact that it eventually went from not placing to jumping right into the centre of the list speaks volumes for how much respect this supporting performance rightfully deserves. While the other Planet of the Apes films were commendable for how great Andy Serkis’s performance as a motion capture ape was, perhaps the third of the prequel series is the most impressive, because every ape is worth his own supporting actor trophy. They truly brought each of their characters alive from Luca, the kind-hearted gorilla, Winter, the traitor ape and to solid franchise star, Maurice. Every ape is bursting with personality and deserves credit.

But Steve Zahn specifically wowed me. Ignoring the obvious fact that Zahn nails the facial expressions and mannerisms of an actual ape, the entire performance was wonderful. Again, it is a performance that’s depth probably went over a lot of people’s heads, because, for the most part, his job was comic relief. The terrified monkey that was helping out with the resistance, despite his better judgement. But there was some solid drama there too. A monologue where Bad Ape’s past, as well as his naming, is heart-breaking, a mid-act moment of tragedy in this solemn film. For just a moment, even with the busyness of everything going on in the story, Zahn captivates the entire audience.

2 – LUKE EVANS – BEAUTY AND THE BEAST

I really didn’t want to give two supporting role awards to two actors from the same movie, but what choice did I have? Beauty and the Beast truly was an all-round spectacle of a movie. The entire supporting cast was amazing from Kevin Kline to Ewan Macgregor to… well just about everyone. However, I have rarely fallen head over heels in love with a character quite like I have with Luke Evans’ Gaston. You impossibly adore him at the same time as loathing his very existence. He is a despicable human, laughably chauvinistic, intolerably cruel and grimly treacherous. He is a Disney villain in every example of the word. Yet, Luke Evans’ performance is so self-satirical, so outrageously pantomime and over-the-top, that it brings a smile to your face every time. In a film full of grand moments, Luke Evans is almost universally everyone’s favourite thing about that movie. Now to claw that pesky Gaston song out of my head for the hundredth time this year. 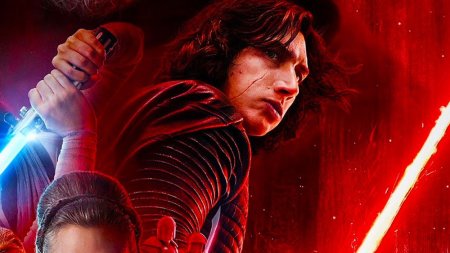 But there wasn’t really a supporting star grand enough to deserve the top spot for quite a while. Everyone was good, but not outstanding. Luke Evans seemed game to take it. Until the very end of the year, when Adam Driver stepped forward as Kylo Ren for the second time…

Remember 2015 when the die hard Star Wars fans tore into Adam Driver’s replacement of Darth Vader. They were livid that the most iconic villain in all of Sci-Fi history, perhaps even cinematic history, was replaced by a poor man’s substitute. The billowing black cape and helmet was a watered down copy of Vader’s attire and to add insult to injury, inside the mask was a spoilt brat of a teenager. By the time, Kylo Ren had offed one of the most beloved characters in the Star Wars franchise, people were ready to mug Adam Driver in the street. But the producers, and Driver, knew time was their friend. By the time, The Last Jedi came around, we had already come around to realising Kylo Ren was better than we remembered. Last Jedi cemented that theory with a performance so deep, a character arc so incredible that the fans were rocked by the power of it all. Adam Driver is a proud pillar of the Star Wars franchise.