Merry Christmas! And what a Christmas treat I have for you this fine morning. I did have a review of Star Wars – The Last Jedi scheduled for today, but when the copy of Empire magazine – that all important one with the information I needed to end 2017’s extraordinary Fantasy Acting League – I knew what the Christmas article should be. And what a neck-and-neck match it turned out to be. While I shouldn’t be admitting this, there was a brief moment where there were joint winners, until I figured out I had done a sum slightly wrong, revealing the true champion. That’s how close it was. One clerical error nearly threw the entire game out of the window.

But before we go into it, let me just go through the format of my blog for the next few months for those that care. I have been quiet on this page for some time, while Christmas got to me. But I haven’t been idle. This week I will fire the current reviews I have been stockpiling for after Christmas (Paddington 2, Bright, Pitch Perfect). The week after, I shall be chewing through the 2017 movies I should have got around to watching on DVD. And then, as 2018 rolls around, it is time for the moments I have been waiting for with great trepidation. The Best Of articles… Best Actor, Best Supporting Actress, Best Film… and a few more fun ones. I have been working on these all year around and cannot wait to share my thoughts with you. Also, I have a Fantasy Acting League 2018 opening ceremony, complete with statistics from 2017 and rules for the next round. I have a fun, brand new rule to try out and I can’t wait to see your teams (remember to pay attention to the films used in this finale – you might have been banking on performances in the movies below for an early boost!). More on that, in a week’s time.

But for now, let’s just enjoy the finale of the tightest competition we have had in years. There are some amazing climbers this time around with Star Wars being used to full effect and an amazing contribution from Woody Harrelson. I couldn’t call it and I didn’t see what happened happening. I will simply let you enjoy it for yourself.

How The Actors Scored 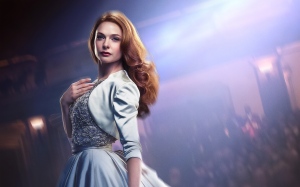 There we have it! Satu of Fairytale Pictures has won 2017’s Fantasy Acting League. Ever since her burst out of nowhere from the middle of the pack, she has felt like a confident ring-leader. And on the final few moments, everything went her way. Her team were filled with Star Wars actors, lapping up a generous portion of points and Woody Harrelson smashed Three Billboards Outside Ebbing, Missouri (who else is pumped for that film by the way?!). Meanwhile, Zoe struggled to get out of gear and faded into the background. Cinema Parrot Disco would usually be applauded for her seven point jump, but when everyone else was soaring, the biggest threat crumbled into the crowds, defeated for another year.

There were some big threats. Woody Harrelson and the Star Wars gang were on quite a few teams, meaning that Satu wasn’t the only one rushing to the front of the race. What About Movie’s Lily was one point away from the win, missing out so narrowly the poor runner-up must be screaming at her laptop screen about now. But what about the likes of Debra Vega’s 20 point last-ditch effort? Verbal Spew’s third place finish? What About the Twinkie? Almost everyone showed up. But there can only be one winner? Congratulations Satu! I crown you Fantasy Acting League Winner 2017!!!

8 thoughts on “Fantasy Acting League 2017 – The Final Round”