Spoiler alert: Cinema Parrot Disco has lost her lead. Ever since her early burst of points, the common enemy of the people, who is CPD, looked unstoppable. However, spurned on by her casual stroll ahead, the players behind her have been galvanised into action. There has been some amazing scoring recently and this week saw some players get some gob-smacking runs. Are you one of those players? Read on to find out.

Quick update on myself and the world of acting: I grabbed myself a tasty little acting job on stage. It is for a charity gig, so unpaid, but I do get to try my hand at Shakespeare, something I have never truly done professionally before. I will be playing King Oberon from Midsummer’s Night Dream. For those that don’t know, he is a temperamental King of the Fairies, who uses magic to get his own way over his rebellious Queen, Titania, which causes havoc in the human world. I have been looking for an excuse to try some non-film acting and this is a delightful distraction. The play has a limited audience, so sadly, I cannot try to persuade anyone to come up and see me perform, and it is actually being run on the 1st July. It has a massively short turnaround, so I will be learning my lines, getting to grips with my character and jumping on stage in a mere two weeks (two days, I suppose, judging from when I am planning on running this article). I am sure I will get around to posting a separate article on the experience. 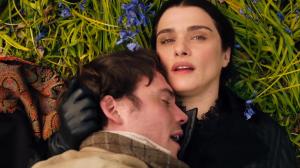 How The Teams Scored

Wow! There have been so many drastic changes I do not even know where to start. The easiest place, I suppose, is Verbal Spew’s powerful left hook with Tilda Swinton. Much like the Samuel L. Jackson manouvere that got CPD into her strong position of power, Swinton gifts Verbal Spew with three movies in a single round. Spew’s advantage is that she is the only person who thought to add Swinton to her team, meaning that when she jumped forward with 11 points (as well as a few more choice picks, meaning her score doubled overnight here), no one was on her heels. Sure, if we were to nitpick, we could argue that two of Swinton’s movies flopped. Netflix’s War Machine doesn’t pay her much heed, the film itself under-achieving. And Swinton also directed her own documentary that didn’t really pan out as pleased. But a crowd-pleasing Okja brought it back and overall, much like the J.K Simmons method, more is more. Verbal Spew has gone from the bottom of the pack to the top set of contenders.

But where can we draw the line at the top set of contenders? With the sad exception of the bottom three, one week is all it takes for someone to jump to the top. For example, Fairytale Pictures might be fourth from last, but his points are still high enough to pose a threat. Marked Movies didn’t so much dazzle us with a Verbal Spew display of aerobatics, as slowly overtake the lumbering CPD. Even he clings onto victory this week, one point away from the wrath of CPD, which is surely coming. And then there is a triple scorer from Vinnieh, putting him a hair breath away from claiming the title once again for himself. Anyone is a contender. Bad things to point out: we all missed a trick with Brendan Gleeson, bringing out two stellar performances in one week. And Dwayne Johnson scored a single point with a dreadful Baywatch. But those that chose the Rock surely took this into account. The race is still well and truly on.