Okay, before we go any further, a sincere apology. For those of you who regularly read my blog, you will realise that I have taken a massive hiatus. I originally intended to have a week off, because my work load was crashing in down on me. I had no time to go to the cinema, or even watch a movie on a weekly basis, so I had absolutely no material to review. However, as more acting projects crept up (hey, check out a series I am starring in, Rewind, using the Facebook page), I ended up taking the whole of October off. And in all honesty, I am still not ready for an official comeback. However, I couldn’t leave you hanging on the Fantasy Acting League any longer. So here we are with an exciting round with several heavy hitters, thanks to Sicario and Macbeth, a few actors putting in some OSCAR worthy performances which have sent some of the back of the leaderboard of the Fantasy League into potential dark horse territory. Also, I will try to post some gaming reviews this week. And you will have to slaughter my family to stop me from seeing the latest 007 sometime in the next two weeks, so expect a review of that very soon. But anyway, enough grovelling. You are here for the points… 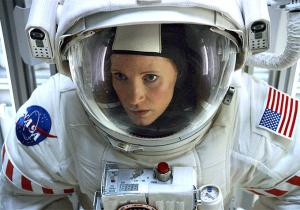 How The Actors Scored

I knew this round was going to be a big one the moment Empire threw a pitch perfect review at Macbeth. As soon as the OSCARs come about, the Fantasy points start soaring. Hopefully, this will make the remaining rounds (not long left, folks!) just as exciting as this. The best example for this is from Where The Wild Things Are. As a bunch of her rivals ahead of her got trapped in a stand-off (three teams have 53 points, drawing in the middle of the table), she scored some heavy points and cleared all of them, putting her on track for a victory, if she gets a similar dash of points in the next few weeks. Everyone else scored steadily. Empire’s new magazine format means that the reviews are more condensed and the smaller, easier to miss movies are getting mini reviews. This is a shame, because I am sure that a few of the actors who scored 4 points (Sienna Miller, Jessica Chastain), should have got a few compliments thrown their way, but the writers ran out of space to get around to them. It is something we are going to have to take into account when selecting our teams for next year.

Meanwhile, Verbal Spew and Cinema Parrot Disco are refusing to budge. Verbal Spew gets 4 points, Disco matches her again, always keeping her rival one point behind her, almost like the cocky bad guy mocking the down-on-his luck hero. I am loving it as it is keeping the top end of the race exciting. However, I cannot help but notice Marked Movies jumping to joint third. Didn’t he spend half the year second to last? However, he is know a serious threat to anyone who fancies their chances as the winner of 2015’s Fantasy Acting League. Mr. Movie pulled a similar trick last month and it is a reminder that nothing is certain. The first place mark is still wide open.