And the Oracle is back off holiday. Well, not quite. I still have a pretty hard day of work and right as you are reading this, I am probably slaving away over my ‘mystery, third job’ that I have no idea how much of a mystery it still is, for anyone that follows me too closely on Twitter. I am just too terrible at keeping secrets. But I knew that even if I couldn’t post for the entirety of this week, there was no way in hell I could deny you guys Question of the Month. You put so much effort into these answers and I don’t want you guys going another second without reading the article below.

The Question in hand: What Movie Are You Most Looking Forward To? This could be a film this year, next year, 2016, 2017… if it has been rumoured, you have my permission to write about it. It was a pretty big ask, because there are like five different films coming out in the future, but you guys stood up and took the challenge. You didn’t just take it, you ran with it and delivered it right back to me with a pretty red ribbon and a glass of champagne to make my life that little bit easier. And what else? You got really passionate over my sub-question: what actor should play Eric Isaacs, as in the IPC, as in Commander Shitfest, as in Lord of the Probies? Some of the answers have convinced me that someone, out there, right now, needs to be making an Eric Isaacs biopic.

ORACLE OF FILM – THE HOBBIT: THE BATTLE OF FIVE ARMIES

Who isn’t hyped for this movie? It all ends on the 12th December. The entire Hobbit trilogy, the last of the six Middle-Earth movies. The entire journey starting way back with the Fellowship of the Ring, starting with this bright, young director somehow getting producers to invest in one of the biggest cinematic risks in a long time. It is amazing to see how far the movies have come and they are easily one of the biggest successes in movie history. The Hobbit might be the younger brother to Lord of the Rings in terms of quality and interest, but it still demands awe and respect, especially with the addition of a huge dragon, one embodied by the perfect CGI that Peter Jackson is the master of. 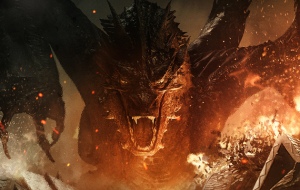 I just want to know how it all ends. I mean… I know how it ends, after reading the book, but I want to see Jackson’s interpretation of it. He has made the character arcs wider. I want to see where Thorin’s character ends up, spiralling into darkness, almost becoming the hidden villain of the piece, depending on your opinion of the character. Then there is Jackson’s vision of the final war, which should be… will be… mind-blowingly epic. I am getting goose-bumps, because we are that close to the release.

IPC – The Movie: I am not sure if I want to see Mel Gibson play Eric in a IPC biopic or Eric play Mel Gibson in a Gibson biopic, but either would become a blockbuster hit.

For crying out loud, you again?! Every sodding month I get these emails and every sodding month, I say the same thing. Sod off. No one likes you. And don’t you dare write your Question of the Month article filling in the answers for everybody, like you normally do. Fucking prick!

WHERE THE WILD THINGS ARE

I. Am. Not. Interested. Send me one more email. I fucking dare you! 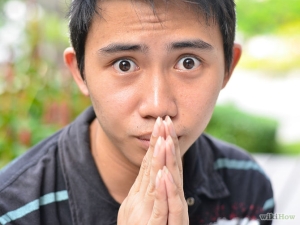 Oh. Luke. You just made me sick in my mouth a bit.

Tim is not here right now. Please leave a message after I type the word Beep. Beep.

Let me put this in terms, even a total fuckstick like you can understand. You are a shit. An actual shit that has crawled its way out of someone’s ass. I would never bless you with content… actual good content written by someone who isn’t a shitty prickface… to put on your blog. Fuck off, and never contact me again.

How did you find these email address? I have changed it three times now, but you keep dragging your way back into my inbox. Get a fucking life, stop drinking on camera and leave me the fuck alone.

WordPress are letting anyone with a computer start writing movie reviews these days. First Chop, now you. Right, let me break this down for you. Your content actually makes me want to pull my eyes from my head and shove them into a blender. That is the only way I can think of that would absolutely ensure that I would never, ever again risk accidentally laying eyes on anything you have written, filmed… or asked your dipshit brother to draw. Don’t email me again.

WHAT ABOUT THE TWINKIE

All right stop, Collaborate and listen. Ice is back with my brand new invention. Something grabs a hold of me tightly. Flow like a harpoon daily and nightly. Will it ever stop? Yo – I don’t know. Turn off the lights and I’ll glow. To the extreme, I rock a mic like a vandal. Light up a stage and wax a chump like a candle. Dance, Go rush the speaker that booms. I’m killing your brain like a poisonous mushroom. Deadly, when I play a dope melody. Anything less than the best is a felony. Love it or leave it; you better gain way. You better hit bull’s eye; the kid don’t play. If there was a problem, Yo, I’ll solve it. Check out the hook while my DJ revolves it.

15 thoughts on “Question of the Month – Most Anticipated Movie”