This list was harder to write than I originally thought. There have been some truly terrific performances on TV this year and there is no clear winner. In fact, I haven’t even decided who deserves the top spot as I write this introduction. As Idris Elba said in his new Sky Plus ad, “since when did TV get this good?!” Most people have stopped going to the cinema, because there are far better stories waiting for them at home on their television. And while I am a film-fan to the bitter end, I am very prone to agreeing with them. These days, massive actors are taking a pay cut to explore the world of TV, which is more likely to give them EMMY-winning performances to handle. In fact, this very article features a major Hollywood legend, who starred in a certain eight part crime drama that the IPC jizzes over on a daily basis. 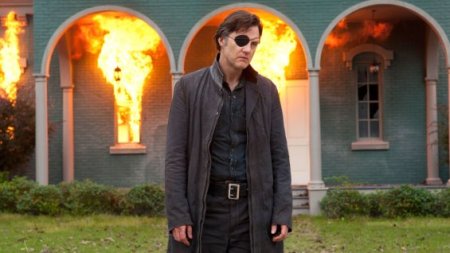 The Governor nearly missed this list, because his entry was way back in 2013 (to clarify, here at the Oracle of Film, a TV year begins and ends with September, so I don’t have to write these round-ups with most of the best seasons still ongoing). However, the moment I recalled him, I realised that he had to go in here somewhere. The Governor has split the Walking Dead community in two. Some think he is the best villain to hit TV in quite some time, psychologically addicted to brutal leadership, ruthless and oddly charming. Others, die-hard fans of the comics mostly, think that the show isn’t doing the character justice. He was voted as the best Comic Book Bad Guy of all time (let’s just pause and think about that for a moment – he beat the Joker to the top spot! Just wow!), so when he began making odd decisions and jumping from friendly to a cold-blooded killer in the space of a few plot developments, the fans were sceptical. Another cult character killed by being dragged kicking and screaming from the comics.

However, there is one point where everyone is in agreement. Even those disliking the TV portrayal of the Governor blame the writers, yet think that David Morrissey is the perfect actor to play him. When you have even angry fans tipping their hat to you, that’s when you know you have done a fantastic job. I have been a fan of Morrissey for years, but I have never quite seen him in something like this. He is brutal, commands respect and unpredictable. David Morrissey embodies the character incredibly well. Season Four gives him so many great scenes to work with, explaining the character a bit more and giving him some fantastic moments that will down in TV history. The scene where he beats the Walkers to death with his bare fists is amazing to witness. We might hate the character, but deep down, you also love him. 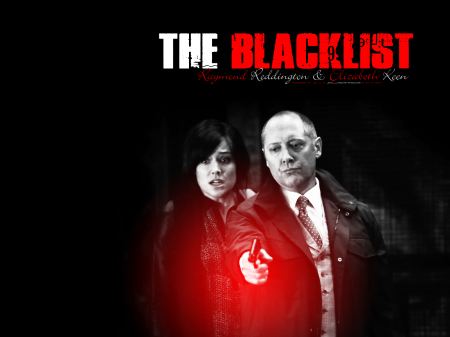 Let’s be honest, the anti-hero character is getting old on TV. We all seem to love the main hero in our shows being a total douchebag who we can’t trust with a long pole. With Walter White out of TV forever, we need to grab our fix of dickhead heroes elsewhere. For those not interested in Kevin Spacey’s nail-biting political show, we turn to the Blacklist’s Reddington. And this is why James Spader deserves a place on this list. He takes a tired character and makes him impossible to not like. He is funny, witty, dangerous yet tender. He is captivating to watch and the main reason the Blacklist was the newcomer of the year.

I came to this show, after hearing news that Spader was going to be providing the voice to Avengers’ bad guy of choice, Ultron. I had little experience with the actor and the Blacklist seemed like the perfect excuse to swat up on the actor. After this performance, Spader could steal the show for me, and this is a movie with Robert Downey Jr, Scarlett Johansson and Chris Hemsworth. The main spark here is that Spader has fun with the role. The Blacklist might be a serious topic, but it always has this sense of fun which makes it such a worthwhile show to sink your teeth into. Some of the dialogue he is given is beyond amazing. I have a feeling that Spader improvises a lot here, because every now and again, there will be a moment of genius that only an actor in the moment could come up with. I cannot wait for the next James Spader movie or show I sit down to see. 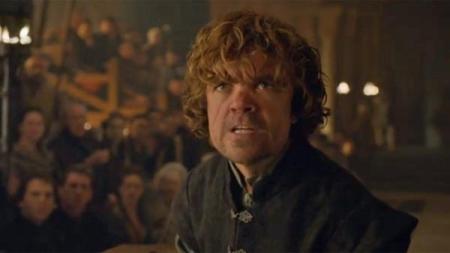 Someone from Game of Thrones had to get on this list. The actors are always phenomenal, never giving us anything less than their best. It was more of a question of who was getting on the top five, rather than if. If I stretched this out to a Top Ten, three of the other entries would probably be Game of Thrones characters. I was tempted to include Aidan Gillian as the devious Littlefinger, Charles Dance for always being menacing with Tywin and even Jack Gleeson was considered, for a terrific Joffrey moment. However, then the court room scene happened. We all know the scene in question. Tyrion is put on trial to answer for the crimes he is being accused of and then the prosecution brings in the final straw. Shae, the love Tyrion sent away, returns, scorned at her dumping and gives Tywin the key piece of evidence he needs to send Tyrion away for good. And Tyrion just loses it.

What follows is one of the greatest monologues on the show ever. It comes out of nowhere, taking both the characters and the audience by surprise. Peter Dinklage is incredible here. He chews the scenery, embodying the monster that everyone wants him to be. He snarls and condemns everyone in the room to death. As much as he is hammering the nails into his own coffin, you cannot help but cheer him on, as he gets his one moment to tell everyone in that room what he thinks of them. However, there are far more moments to compliment Peter Dinklage on. When Shae firsts walks in, you can see his heart break through the horror in his eyes and the way he slumps back onto his chair. Outside of that episode, you get him deliver a touching monologue as he awaits his sentence. It has nothing to do with anything, but lets the audience spend a bit of time with their favourite character. And then there is the final episode. Tyrion spends a lot of this season locked away and unable to feature as much as we want, but he makes up for lost time here. He easily wins the place for best Game of Thrones actor on display. 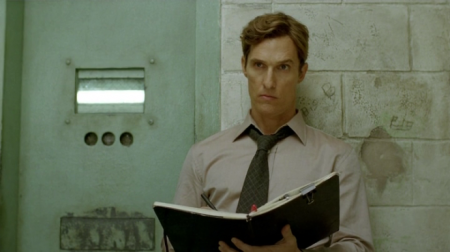 Even I, the man writing the article, cannot believe that McConaughey isn’t winning this list. He is truly outstanding as Cohle in True Detective. Every movement throughout those eight episodes has been carefully taken into consideration to convey every piece of anguish and cynicism that the character feels. However, the performance goes further. It is what isn’t there that really makes McConaughey’s portrayal. There is an emptiness to Russ Cohle; something very alien about him. The show realises that this performance is its strongest card, so the writers give the audience massive monologues to get lost in. There is not one subject that the actor doesn’t pick apart and when a whole three minute scene features nothing but McConaughey talking to the camera, it is incredible that we are all transfixed. That takes a lot of work and I don’t think anyone that isn’t Matthew McConaughey could have done it.

Then why isn’t it in first place? While the performance is good, it always annoyed me how much the show clung to it. Yes, McConaughey is incredible, but he was always going to be. When the entire show gives him so much good material to work with, it would be criminal if he didn’t knock the character out of the park. It is amazing to watch, but it is a little bit too easily amazing. I don’t want to cheapen the performance, because, and I must stress this, McConaughey nearly topped this list. He was swapping back and forth with my eventual winner for the entire year I had to decide upon the first place position. However, after much umming and ahhing, the trophy went to… 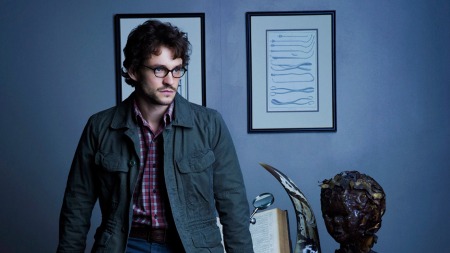 There is something so captivating about, not just Hugh Dancy, but everyone on this show. There is a certain acting style here that the director insists upon and it is imperative that everyone picks up on it. One bad performance could bring the whole project crumbling to its knees. It’s not quite melodrama, but it needs a certain exaggerated projection. It also needs an air of emptiness, as if the characters are figureheads rather than people. It is hard to put a finger on the actual way to describe the style, but that makes it even more impressive that the actors can work with it so well. It’s not just taking on that acting style; the direction style asks the actor to totally become the style. The direction likes to zoom right in on the character’s expression. One scene shows a conversation between Graham and Lecter showing nothing but their lips or forehead. Those actors have to get across every emotion, told through this surreal acting style, using only their mouths. This is an insane task and everyone totally manages to make it work.

I am giving Hugh Dancy the biggest props, because he has one of the hardest characters to convey. True, Hannibal is one of the more interesting characters, but his performance derives from an emptiness. We all know what his true motivations are from the start; one of the pleasing things about the character is the inevitability of his psychosis and ‘evil’. Laurence Fishburne is given an easier character, because Crawford stems from a long line of stereotypes. Dancy deserves praise, because he is a character who is unsure of what character he actually is. He starts the season, partially believing that he is the Chesapeake Ripper, losing a grip of the grounded reality of the world around him. He, later, has to convey a man taking on the persona of a killer, which keeping one foot firmly down on the morals he strictly needs to adhere too. And again, all of this needs to be shown to the audience, with the camera zoomed up on miniscule parts of his body and acting using a style not totally grounded in realism. Essentially, what I am saying is, give the man a round of applause.