So I’m well and truly back and I hope that you have enjoyed some of the offerings I have served up the last couple of days. I thought I would settle back from the whole movie thing and just tell you about some of the downsides to having a computer. While, I was gutted that my blog hit its first major standstill, at the same time, part of me was a little relieved to have a chance to take a breath. All of my time was getting divided into work, blogging and cinema, so I was running out of time for a social life and some extra writing work I wanted to dive into. However, the second blogging was removed from my life, things starting crashing down around my head. Here are some of the surprising features of life without the Oracle of Film.

Everyone loves free time, right? It is those precious hours in the day where you have absolutely nothing planned and you can simply choose what you want to do there and then. Usually, when I get a few of them, I turn on my laptop and power up an episode of 24 or Game of Thrones. Sometimes, I just write articles for the sake of writing articles, which I why I am usually prepared a few weeks in advance (ironically to avoid situations like this). However, take my laptop away from the equation and suddenly I feel lost at sea. 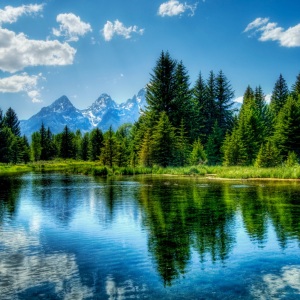 I can handle an hour, but when a day off from work comes around, I am totally helpless. Repairing my computer drained all of my cash, so I can’t go out and enjoy the day at a local bar or cafe. I can spend a few hours on the Xbox, but there aren’t any games that are interesting me right now and I have to share my console with two brothers, meaning that I am not even guaranteed the option to play some games. Sure, I can read my Game of Thrones books, but I was never a big fan of reading for any more than two hours straight. I ended up going mad with boredom, picking up a habit of just wandering around the house or town of Buckfastleigh on the off-chance I would stumble across something to do. My lowest point was going to bed, simply because I realised there was no point in me even being awake. Now that is a depressing feeling. And the worst thing about it is…

2 – YOU GET SO BEHIND ON YOUR WORKLOAD

It is one thing to be bored, but it is even worse being bored, when the back of your mind is screaming about how behind on the Following you are. It is a struggle for me to stay up to date with every television series going, while catching up with new ones I am only just discovering, and also going to the cinema once a week. The idea that the week I get my laptop is going to consist of me sitting down and watching an entire season of How I Met Your Mother was frustrating, especially as my work hours seemed to have tripled, on the planned week of my laptop’s return from the repair shop.

Also, I like writing one review at a time. When I finished the Walking Dead, my mind was buzzing with all of the topics I wanted, needed to talk about. However, those ideas lost some of their spark, the moment I got back from seeing the Muppets movie. Life became a convulted memory test, where I was trying my hardest to recall of the things I wanted to talk about. I became painfully aware of the amount of Winter Soldier revies going around, when I hadn’t even begun compiling my thoughts on it yet, let alone begun writing the review. It became a very serious thought that I am totally dependent on my laptop.

1 – YOU HAVE NO WAY TO CONTROL YOUR IDEAS

Blogging aside, I also write scripts and have been toying with the idea of a novel (annoyingly, I lost half a manuscript for one, when my hard-drive broke on me – the worst loss out of the entire situation). The thing with story ideas is that I have never like forcing them. Sometimes I am inspired by a movie, game, or even a piece of music, and work off of that. I never liked sitting down to a blank page and trying to come out with a fresh idea there and then. You let a story evolve in its own right, otherwise it feels too convoluted and static. However, this idea relies totally on the idea of always being two seconds away from a laptop. 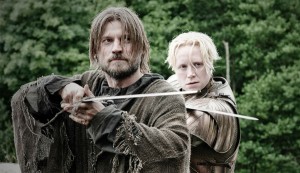 OMG! I should totally write a book about this TV show!

You know, when you are lying in bed and suddenly an important thought hits you and it keeps you awake for most of the night, even if you are insanely tired. My life became that, on a 24 hour loop. I wrote small sketches of ideas with pen and paper, but without my computer it became harder to visualise chapters and sentence structure. Scripts especially rely on specific software to truly capture what you want to convey. It was so maddening, when I suddenly struck gold and I had no way to begin exploiting that gold mine, while the iron was hot.

However, now I have my laptop and all is right again. The Oracle of Film will eventually be back on track and I will hopefully be able to find time to handle other projects. If anything, this whole affair has reminded me how much I actually love blogging and talking with you guys about movies. I have absolutely hated every moment I have been unable to do this and it has cemented the idea that I am going to stick around for the foreseeable future. I have a busy summer coming up, but this break from blogging has made me even more dedicated to see this thing through.