Here we again, with one of my growing successes on my blog. The response I have gotten this week has been through the roof, bringing several new faces to the table. People seemed to enjoy mulling over this question, which made me happy as I thought I might have gone a little outside of the box at first. However, luckily, the slow response I received were because everyone wanted to make a well-weighed decision before giving me their answers, which has meant that this Question of the Month is much more varied and precise than before (and last month was hardly a failure – anything but, in fact.)

So what was the question? I asked my fellow bloggers to imagine they were the Casting director for an action film. Who would they cast as the lead hero and the lead villain? I didn’t need a plot as of such, I just wanted to know who they wanted as the two actors in charge of bring charisma to the film. The answers have been unique, surprising and, above all, great. I hope you have as much fun reading them as I have. Also, if you want to take part in next month’s question, post a comment below and I will message you within the week.

If I was put in charge with making a blockbuster action movie right now, I would want to try and make it memorable. The clearest thing for me is making the two leads as competent an actor as possible. I don’t want some stereotypical tough guy, punching people with a few grunts and wise-cracks. I want someone who looks bad-ass, but at the same time, we all know who can act a load too. Therefore, after some thinking, I came up with Joseph Gordon-Levitt. The guy is competent when it comes to action as ‘Inception’ and ‘Looper’ proves, but he can deliver a powerhouse performance when called upon too. 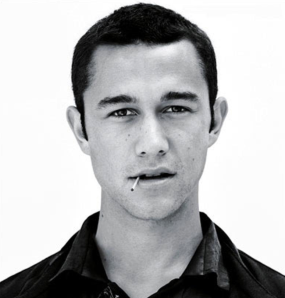 Also in my hunt for great roles for female actors, I would want my villain to be a woman. Some super assassin that kicks ass and spends most of the movie slaughtering men. Someone that everyone can agree on being totally awesome. She is allowed to be pretty, but her sexuality must never become a part of her character. Scarlett Johansson seems the logical choice, as she was awesome as Black Widow in ‘Avengers Assemble’. It also could act as a pretty out-there sequel for Don Jon. Maybe I should call this movie ‘Worst Break-Up Ever’.

I’m a little obsessed with Sherlock’s Andrew Scott, and I think he plays a pretty fantastic (and uber crazy) villain, so I’d love to see him as the villain in an action flick. Think Gary Oldman in Leon: The Professional, but possibly even crazier. As for the hero, I’d like to see Scott squaring off against James McAvoy. They’d keep their respective Irish and Scottish accents, of course, and they’d both be very slick, yet not afraid to get their hands dirty. Maybe something James Bond-y, with spies. But really, they can do whatever they want–I’d see that film regardless. 🙂

Clive Owen may be starring in Steven Soderbergh’s upcoming medical TV drama titled The Knick but I believe he still has what it takes to be a hero in an major motion action flick. Sure, he’s already starred in action movies like Shoot ‘Em Up and The International, the thing is these aren’t the right star vehicles for him. I would cast Owen in a movie that has the sci-fi drama of Children Of Men but with grittier action and graphic violence. So why the hero? Owen can project a tough, bad-ass exterior without losing the inner good guy like his character in Sin City. He’s also known for portraying intelligent characters with a dark sense of humour which is a good fit for my kind of action hero.

I first remember Tom Hardy as the scrawny clone of Captain Jean Luc Picard in Star Trek Nemesis but in the years since he’s become a physically imposing lead actor. It may be a safe pick for Hardy to be the villain in an action movie, after all he broke the back of Batman in The Dark Knight Rises. However, the performance that stands out in my mind is in Warrior where he played an angry, muscular, mixed martial artist. Hardy perfectly captured that volatile self-contempt which could explode at any given moment while maintaining his character’s humanity. In Lawless, Hardy is the ultimate stone cold thug. There’s an act of horrific violence he inflicts that is terrorizing and chilling. The interesting thing is that Hardy wasn’t even the villain in Lawless or Warrior. I would love if Owen and Hardy go up against each other in an epic action movie that doesn’t insult the intelligence of the viewer. May the best bad-ass win!

Hero – either Emma Watson or Ellen Page who have both shown over the past few years how great actresses they are in a number of genres.

Villain – Paul Giamatti. I think he has shown throughout his career that not only can he been a sad sack or a leading man’s sidekick but he can be a conniving evil genius. He isn’t going to be a villain who will fight the hero in hand to hand combat, but rather with his mind (kinda like most Bond villains)

I’d cast Ryan Gosling as the Hero and Keanu Reeves as the villain. Gosling, simply because he has that brooding intensity and extreme ability to be both strong yet vulnerable; Reeves would be the villain as the best performance I’ve ever seen from him was in Sam Raimi’s “The Gift” where he played a white trash, abusive husband to great effect. Most don’t see him as the bad guy but I reckon it’s a rare strong point to his acting that should be explored more.

WHAT ABOUT THE TWINKIE – IDRIS ELBA VS. TOM HANKS

The Villain: I would love to see Tom Hanks finally cast as the villain in a movie. Hanks is the perennial good guy, no matter what film he is in, he plays the wholesome father figure/ hero/ and all round good guy. The man could probably find a way to make Adolf Hitler seem sympathetic if he were to ever play him onscreen, ok maybe that’s a slight exaggeration but you get the point. We’ve never seen Hanks play the bad guy and unfortunately we probably never will either, but just think how brilliant this would be, after years of playing good guys to see him finally let loose and pull a complete role reversal on us. Hanks would relish the chance to play the big bad, if only Hollywood would just ask him the question.

The Hero: Idris Elba is getting bigger and bigger roles on both the big and small screen, but as of yet he hasn’t really had that big Hollywood role to turn him into a true A-lister. Sure Idris is very popular and has featured in some great movies but I would love to see him in a James Bond style spy thriller, where he gets to flex his physical and acting muscle. He’s clearly a charming guy and has a physical presence that would suit the action genre, plus he would get to punch Tom Hanks in the face and not many people get the chance to do that.

If I were to cast an action movie that’s got some dramatic tension (so not just a shoot ’em up kind of flick), I’d cast Alan Rickman or Timothy Dalton opposite a young actor like James McAvoy or Tom Hardy as a villain. I like the idea of an older hero against a ruthless young baddie. I’d imagine there’d be a tense monologue of some kind (as I could listen to Rickman to Dalton for hours!), similar to the opening of Inglourious Basterds except that the tables are turned as the villain attempts to intimidate the hero but to no avail. I think both of the seasoned Brits would have no trouble handling the action sequences.

If I were making an action movie, I’d steal slightly (heavily!) from Quentin Tarantino because I’d make a woman (specifically, a mother just like in Kill Bill – don’t f*%k with a mother!) be the hero & Tarantino gets the “female hero” thing very right. He chooses the right kind of actresses that both men & women like (there will be NO Megan Fox types in my action movie). I’d also steal the star from another one of his movies – Melanie Laurent. She’s beautiful & has this vulnerability but is also believable as a woman with brains who can outsmart the bad guy. 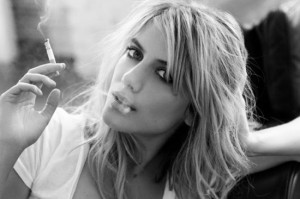 Damn – since I now can’t have Christoph Waltz be the villain as Tarantino may sue me, I’ll cast Jean Dujardin. He’s handsome & suave and has a sexy accent. He’d make a great “smart” villain because my action movie isn’t going to be some Michael Bay “blow shit up” action movie. Shit WILL blow up & there’ll be car chases, etc, but it’ll ultimately be more about brains than brawn. More of a Mission Impossible/Bourne Identity type thing. But BETTER!

For the hero, I cast my attention to the ever-reliable Benedict Cumberbatch. (He can play the villain well, too. . .like his turn as Kahn, but i’d like to see him in a heroic role instead.) For the villain, I select Lawrence Fishburne. Seems like an out-of-the-blue pick, but he can play menacing pretty damn well, I feel. I’d like to see those two big names meet in an action flick.

THE SPORADIC CHRONCILES OF A BEGINNER BLOGGER – CHRISTOPH WALTZ VS. MADS MIKKELSEN

For my hero I would cast Christoph Waltz. The man blows my mind and can play either part well, but I want him for my hero here. He would be fantastic, the older veteran, sharp as a tack and one step ahead the whole time, incredibly sarcastic and disenchanted by the world … it can only work, you know? Then, to even the playing field, the cast villain would have to be Mads Mikkelsen. There is no other way. He has that menacing air down, sly and cunning. I can only see how the two would play off of one another, how they would complement each other and bring it all together for something so brilliant!

31 thoughts on “Question of the Month: Heroes and Villains”