So, this week we got the 2014 BRIT Awards and there were some tough acts to choose from. 2013 has been packed full of new artists popping out of everywhere. It truly has been a great year for music and I always enjoy the British side of things. It allows for our country to feel proud of the music we have created as a nation. So, what are my thoughts on the winners? Today I am going to run through most of the categories and tell you if I thought they were the worthy winners or not. I have skipped a few categories, like ‘Global Success’ act, as that lies in fact, not speculation and also, the ‘Producer’ category, as I am unsure who wants to hear about it, and I haven’t got enough information to properly convey an opinion on the matter.

Well, I cannot deny that Bowie has the talent to earn this award. Even if you don’t like his newer stuff, all it takes is a scroll back to his classics, like ‘Ground Control to Major Tom’ and ‘Life on Mars’ to understand why Bowie truly is a national treasure. However, personally, I wanted to see some fresh blood take this award. I don’t personally like Tom Odell or Jake Bugg too much, but I felt that they deserved the limelight of this award. Also, I am surprised John Newman didn’t take it, because he has been setting the world on fire with his terrific performances. However while I wouldn’t have come out with this outcome, I can hardly complain about the judge’s choice. 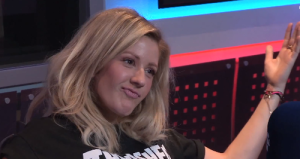 Now, this is one I 100% agree with. Ellie Goulding has had a fantastic year, bringing out amazing song after amazing song, without any signs of slowing down. I have turned into a massive fan of her music and every time she brings out a new track, I am usually instantly downloading it onto my iTunes. She has added some new club beats to her songs, yet her gentle voice never feels corrupted by the need to be more mainstream. She is the best of British and while the other nominees are also worthy winners, I am definitely a fan of this choice.

While I would have picked one of the other nominees, like Bastille or Disclosure, you cannot argue that the Arctic Monkeys are the very essence of British music. Their songs have this very London vibe and I am sure when international fans look on our music, Arctic Monkeys could show off what is unique about our country very well. And 2013 has seen the band return to their very best. Since an incredible first album, they have been slowly slipping away and personally, I lost any expectation for the band. But 2013 saw them come back fighting and once again, they are the band to watch, as every song could be a sure-fire piece of true entertainment.

I was adamant that Bastille were going to win at least one award. By god, they deserved it. No matter what Bastille set their minds to, whether it is a ground-breaking original song showing off their talents at song-writing, or a jaw-dropping cover, or even a mash-up between two popular songs you never thought you would hear together (Check out Miley Cyrus meets Billy Ray Cyrus to the backing track of Eminem!) Every time I catch wind of a project they are on, I always rush around the media sites to find out what it is. What I love about Bastille is their simple love for music and the joy they get from performing. They are natural, fun and the kind of band we want to celebrate as being the Best of British. 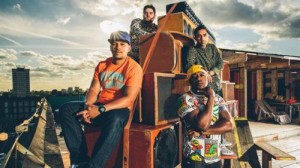 I previously wrote about exactly what songs I thought should win the title of Best British Single here. As you can see, I am fairly surprised that Rudimental won it this year. Don’t get me wrong, it is a great song and is really catchy. As the days to the BRITs came closer and it began to get played more, I fell in love with it all over again. It has a simple summer feel and while it isn’t as good as Rudimental’s terrific 2012 entries, it still holds a treasured place in his discography. However, I still think that there are some better songs in the nominees list. Just read that linked article to see which songs I held in higher regard (most of them, in all honesty). However, when all is done and said, I am not going to split many hairs over this winning Best British Single. I am proud of our nation coming up with this song and I am happy to wear it proudly, like a badge of honour.

BRITISH ALBUM OF THE YEAR – AM BY ARCTIC MONKEYS

Two awards for the Arctic Monkeys. Again, I must applaud the Arctic Monkeys for changing everything I thought I knew about them with this terrific album. AM has brought them back to their glory days, without the sense that they are clinging onto the style of their earlier successes, that I felt when listening to some of their less successful tracks. There is just no slowing them down, from their current ‘One for the Road’, to my personal favourite ‘Why Do You Only Call Me When You’re High’, right down to the lesser-known, but just as impressive ‘Number One Party Anthem’. AM is British music at its best and a definite strong choice for the winner of Best British Album.

And now we move onto the International stars, as chosen by us Brits. I am not entirely sure I would have picked Bruno Mars for the Best International Star, however. Sure, he has had a good year and has released some incredibly catchy and impressive tracks. My favourite of his for 2013 was easily ‘Treasure’, as I found it stayed true to the Bruno Mars that everyone loved, but allowed for other people who might not necessarily find themselves listening to the singer, to embrace it. Who would I have picked for International Solo star? I would have probably gone for Macklemore, as his songs have exploded out of nowhere and won everyone over so easily. However, there are a lot more worthy winners out there, so Bruno Mars has left me scratching my heads a little. 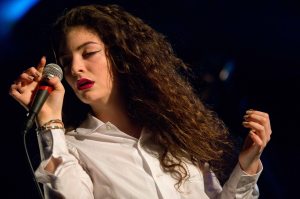 Who doesn’t love Lorde? Her music is just so hauntingly good. Her vocals are near-perfect and her songs have this powerful atmosphere that just makes you respect what she is doing as an artist. Hailing for New Zealand, she appeared all of a sudden with ‘Royal’ and we were all hooked ever since. I do have one complaint: after a while, all of her songs sound the same. I love ‘Tennis Court’, I love ‘Team’, I love everything she does, but once you have heard one, you have pretty much heard them all. I hope, if she does bring out a second album, she tries to shake things up a bit. Lorde is a great singer, and for now, I am happy to approve of her winning this award, but next year, things might not be so easy for her.

And finally, we have the best International Group, the incredible Daft Punk. I awarded ‘Get Lucky’ with the best song of 2013 on this blog, and I truly do believe it will turn out to be a classic of the decade, once the dust has settled. It is still a constant on my playlist at home and the simple charm of the words ‘Up all night to get lucky’ sang in robot-voice, has worn off yet. I do not know one single person who doesn’t like this song; sure, I have met people who do not hold it the same regard as I do, but they still respect Daft Punk and Pharrell (another person I would have given Best International Singer over Bruno Mars), for what they have done. More of that, please.