So Malcolm Tucker is the 12th Doctor? Although some might be dissuaded from his age, I think that he is perfect for the role. He is a veteran actor and even from the interview he did on the live show, I could see all of his little mannerisms that I would love to see on the Doctor. Just a little quirky style that sets him apart from the other characters. I think Peter Capaldi will be fantastic and I cannot wait to see what the next season as for us (although I am going to savour the last few episodes we have of Matt Smith first – the man was bloody amazing and he will be sorely missed).

However, Capaldi aside, what else do we want from the next season of Doctor Who? I am sure that we will get a lot of the same as usual. The underlying sense of fun, breakneck action and some terrifying monsters. However, what will be changed? I have three things that I personally want to see in the Capaldi era. Please leave a comment below if you agree or disagree with my views.

My most common complaint for the new seasons of Doctor Who is that it is light, family entertainment. That is good to a point, but sometimes I am wanting of the darker David Tennant days. The ideal tone for an episode was the ‘Water of Mars’. Sure, it was fun, but the writers allowed David Tennant to hit the serious notes, when the script called for it. It became a fantastic character piece, as well as family fun, because the writers were not afraid to get dark. It worked really well, but for some reason, this last season felt like Moffat was back-pedalling on that for the kids. 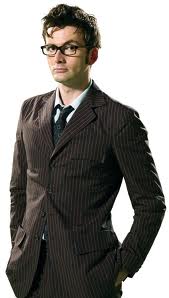 Well, I think we should get back to that style. For one, Peter Capaldi will be able to totally handle a script like that. Matt Smith could do the fun side of thing and there is a worry that Capaldi would be taking him on at his own game that way. This is what we don’t want. This new Doctor has to carve out his own place in the canon, like all of the other Doctors. When you have an actor like Capaldi, a dark storyline seems like the sensible thing to do.

I’ll keep this brief, as I have talked about this before, but we need to start killing people off. Amy Pond’s death was pathetic, Moffat avoiding handling a heart-breaking end, but trying to make it one at the same time. It didn’t work and it disappointed most viewers. This comes with the ‘make it dark’ point earlier. Hopefully, this will happen. When Matt Smith took over, a lot of the regular faces with Tennant disappeared. There is no more Captain Jack or Donna. It stands to reason that this will also happen, meaning that this Christmas special is probably our last encounter with Vastra, Jenny and maybe even River Song. I think some of those characters deserve a worthy death.

OK, I didn’t get my wish for a female Doctor, but I wonder if there are any more Time Lords knocking around the Who universe.

I love John Simm. He is a fantastic Master and I love the actor, in general. The Master is definitely not dead, he is one of the biggest villains in the franchise, but I reckon the character needs to have a resurrection to explain his comeback. We already tried to explain Simm’s second appearance and in all honesty, it was kind of a bit thin. So, if we are accepting that Simm should hand over the Master to another actor, why not a woman? And I know just who should get the part.

Helen Mirren. She was one of the more vocal people wanting a female Doctor and when she said that, I began imagining a world with her as the Doctor. I won’t get that now, and in fairness, it is probably too time-consuming a job for her. But, she could make a fantastic Master. Imagine her at her coldest (Monsters University style) and facing off against the Doctor. I think it would be a fantastic, genius move. Can someone make that happen? Please?