I have come to the realisation that the fastest way to get a name in the film industry is to stop waiting around for a role to come my way or one of my scripts to get bought, but to just make a god damn movie myself. Of course, you don’t stop looking for work, but it’s a good idea to save up enough money to make an Indie project of your own. As I leave my three year Uni course, I like to think I know enough directors, camera crew and actors to be able to raise a pretty equipped team if I needed to. As the writer, and I guess producer, of the piece, it’s up to me to make the story that is going to make me and my team famous in the world of cinema.

And that’s where things get tricky. What kind of film can you make for little money that will be recognised as a good piece of cinema? I have got halfway through so many scripts, only to tear them up, realising that they are not going to be winning any film festivals. Mainly it is picking the right genre, so I thought I would make a list of the risks making a low-budget film from different genres has. Sadly, I have no right answers in this article, as I don’t really have any myself. I would appreciate any advice from commenters however.

Everyone loves Sci-Fi right? First-time director, Neill Blomkamp came into loads of money, cast his best mate as the lead actor in a film and it was an instant classic (I am talking about District 9, of course). Is it possible to replicate that success with your own Sci-Fi? Or maybe you could go with a period piece? There’s not been a good Roman movie in a while and the Fantasy genre only has the Hobbit to contend with. There’s surely a gap in the market. 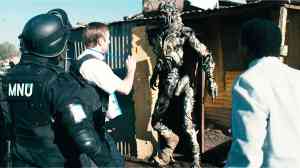 It helps if you know an actual alien who can be in your movie.

And yeah, there is a gap in the market, but you are not going to be filling it. The problem with Sci-Fi and period is that you have to build your own universe for the story to take place in. That means spending an insane amount of money on costumes, props and locations. Also period pieces often require a load of extras, especially if you want to make an Ancient Roman battle movie. There’ s a reason that they are so few; they take so much money and time making that only a patient and talented director can really pull it off. And nobody wants to see a low-budget movie with knock-off costumes and scenery. Your audience will never manage to lose themselves in the story.

I would love to be at the helm of an action movie. I have so many ideas in my head for fast-paced action thrillers. If you struggle to come up with a decent story, action can usually handle its own without a good script. Sure, it helps, but most action movies can be traced back to a copy of an old film and cheesy, macho lines can seem fitting in an action, even if they truly are terrible.

However, yet again, money becomes an issue. It is really hard to make a good action movie with a low budget, without it seeming like a Roger Corman B-Movie, when it is finished. Also, the best action movies have at least one decent actor at the helm. If I am going to watch an action film, I am going to pick the one with Jason Statham or Gerard Butler at the helm. And not only that, but the best ones have a good actor as the villain. In fact, my favourite action films are the ones when there a few villains with good actors attached to each character.

What do you mean my pay is being cut?

Sure, you could go for the subtle action flick. Spend most of the budget on a good star, a few good props and have a slow shoot-out in an abandoned building you can get off of your dad’s mate. But without money for good fight sequences or explosions, the action film will turn into a slow, boring 90 minutes. Don’t get me wrong if you can keep the tension up and get some sharp dialogue in there, it might just work, but odds are it won’t be ground-breaking or career-making.

Comedy seems like the easy option. Money is no longer an issue. All you need is a good sense of humour and you can come with a sharp comedy. Think of a few set-pieces and you’re pretty much halfway there.

I think my problem with this genre is that comedy is just not for me. I have written a few comedy scripts and when I read it back to myself, I end up questioning if I am as funny as I thought I was. After spending a month filming on the same project, I will panic when the jokes lose their initial spark. I know it’s probably more self-paranoia than anything, but I don’t want to become known for this genre.

And there is a worrying fear that getting into comedy will get you pigeon-holed into comedy. Robin Williams and Bill Murray’s careers have been hounded by the fact that no one can get used to them outside of a comedy. Once you make a comedy film, especially as your first, people will see you as ‘the comedy writer’, rather than a writer. Try and get a job writing a superhero flick and they won’t be able to get past the fact that your CV contains a funny film. Basically, there is a fear that your success could grow into your own enemy. However, if you are interesting in a career in comedy, go for it.

Now horror is the dream genre to kick a movie off with. Even the Hollywood horrors don’t cost too much. ‘Insidious’ cost a million and a half to make, which is pennies in blockbuster terms. I am pretty certain that if you were to give me all the camera equipment I needed and a couple thousand quid, I could make a decent horror flick. The best horrors are the psychological thrillers with a few actors, trapped in a claustrophobic location. If the talent is there, it should be a pretty cheap and easy movie to pull off. 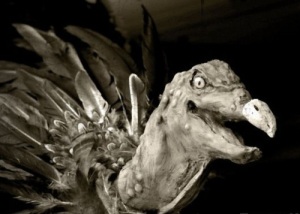 However, horrors don’t get you noticed. I think this is, mainly, because people love to criticise horrors, even if they love them. Horror fans love having the conversation of how ‘Woman In Black’ didn’t even make them jump, because they are so hard core. Also, once the fear factor is gone, there is little to get out of a horror movie. Therefore, it is only good for one watch (personally two, as I like to watch it again with a new set of friends, pretending I haven’t seen it before and therefore looking really bored, when the scary stuff kicks in). Another thing I have found is that horror has to patch into different people’s fears, meaning that their demographic is severely limited. For example, Insidious is the scariest movie I have ever watched, as that ‘creepy old lady in the window’ thing taps into some of my worst nightmares. However, I know people who didn’t get anything from that movie, as they have no fear of that kind of thing. At the same time, those same people will wet themselves if a movie features a clown, even if the director doesn’t try too hard. Me, on the other hand, won’t flinch one bit.

I guess my problem with horrors is that a director can work his ass off and even his best movies will end up pretty forgettable. At best, we can hope for the film becoming a cult classic, but that takes time and won’t push you into the walk of fame. Maybe there is no cheat code to making an instant success with a film. Maybe we are going to have to do this the hard way, guys.